This is not a normal post for this blog, but it seemed appropriate for the day.

Many years ago, when I was first cutting my teeth in the restaurant business as a server, I was scheduled to work a dreaded Valentine’s Day evening. All the ‘newbies’ got these shifts because all of the experienced servers knew that the hassle wasn’t worth a little extra in tips. This particular restaurant chain, famous for its red striped table cloths, like many others since, had a special that evening. It was called ‘2 for $25’. This meant one appetizer, two select entrees and one dessert all for the low price of $25. Hurrah. It was sure to bring out every 18 yr. old and their dates, who would be very frugal with their allowance money. But there was always the hope that some proper customers would come in, not interested in this special offer, and they would order a couple of steaks (definitely not on the special) with a bottle of red. 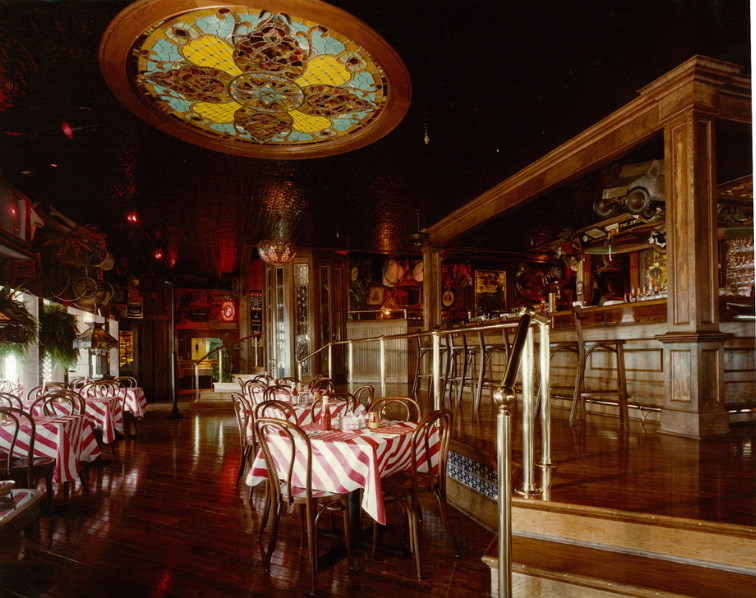 I was working a five table station (2 deuces, 2 four tops, and a six top) in the smoking section at the longest walk from the kitchen. It meant that you’d end up being away from your station for a few minutes at a clip every time you went to the back of the house to get an extra dressing, a drink or unload dirty dishes.

At around 8, a hostess came by and told me that she had sat a lovely couple on table 79, which was the last deuce I had (the place was going off), and that they looked like they might be big spenders-certainly not here for the special offer. I was able to approach the table after about a minute (double our standard 30 second rule), where a man of about forty was sitting smoking the last half of his cigarette. 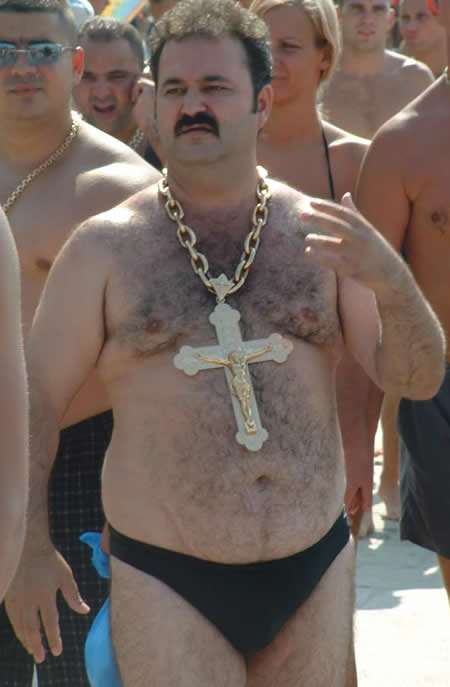 His name must have been Guido (like the one in Risky Business). He looked as if he dealt cocaine for a living which made him look a bit older than his (I assumed) 40 years. Lots of gaudy gold, his jet black hair was thinning but gelled and combed back. He had an over-sized nose to go with his over-sized ears, and his shoulders were as wide as Atlas’s. He wore white pants and a white shirt that matched his white teeth buttoned down to show his hairy chest intersected by a gaudy silver chain, with a cocaine spoon dangling from its links, and he reeked of Drakkar, tobacco, and testosterone.

“Good evening, my name’s Michael and I’ll be taking care of you this evening. Could I start you off with a cocktail this evening, perhaps an Absolute Martini, or Tanqueray and tonic?” I began.

“The lady will have Bacardi and coke, and I’d like to have Johnny Walker Black on the rocks,” he replied.

“I haven’t seen the lady, I presume she’s old enough to drink,” I said rather meekly. I didn’t want to jeopardize either my job or a potential large tip that this character might be offering later.

“Oh, yeah, she’s old enough. I think sometimes she’s too old. As an appetizer we’ll take an order of shrimp cocktail, and the potstickers.” 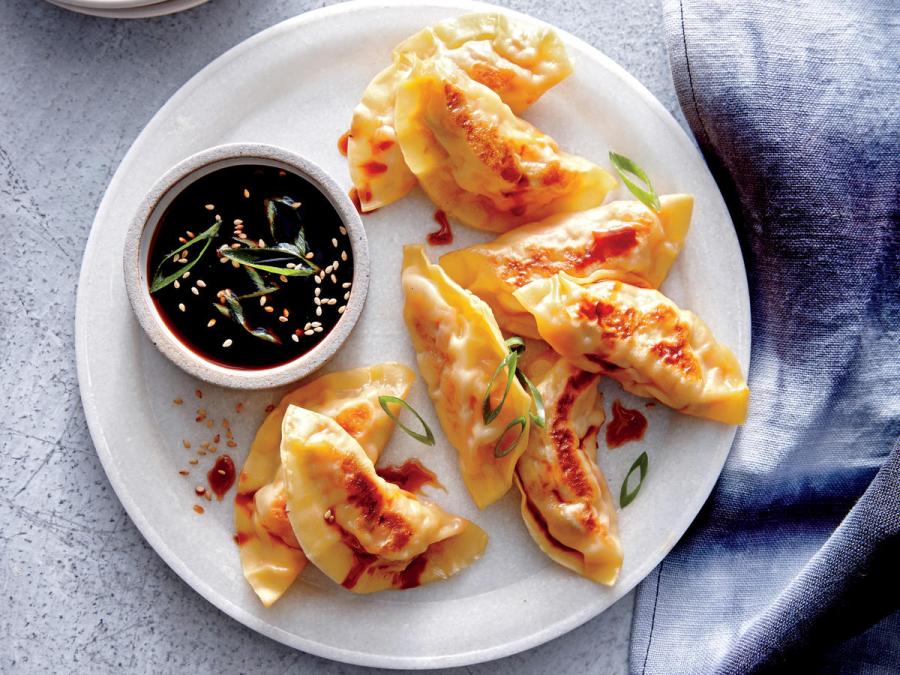 I returned with the drinks a few minutes later.

In this restaurant everyone was responsible for running any food that was ready-not just your own. So between a few food runs, and tending to some other tables I never saw exactly when the appetizers arrived. Only after another few minutes did I go back to the table. There was one whole peeled shrimp on the plate in front of the empty chair, the other was missing the first few sections where a bite had taken it, and there was some bright red lipstick on the glass of the noticeably dented Bacardi and coke. A napkin was also in the vacant chair, it also had some matching red lipstick on it.

“Should I wait till she returns before I take your dinner order?” I asked.

“That won’t be necessary,” he said. “We’d both like the Filet Mignon, medium rare, with the Bordeaux wine sauce on one and the maison butter on the other. A side of fettuccine Alfredo on the maison butter filet for her, and for me a twice-baked potato. Both with a dinner salad. Mine with bleu cheese and for her the fat-free Italian dressing.” And that was that. 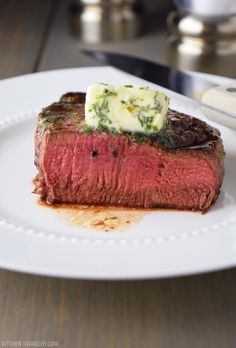 I thanked him and rang in their order immediately. Man was it busy. The bar was 3-4 deep, tables were full and there was now a solid hour wait. This all made it a perfect time to sneak out with a full trash bin and take a few puffs of a cigarette before rejoining the chaos.

When I again checked table 79, his salad was mostly eaten, hers had been scratched at a bit. Both drinks were now empty. Guido’s left cheek was bright red as he coolly puffed away on a cigarette, as if he was having an allergic reaction to the alcohol-but only on one side.

I asked him he’d like another round of drinks and he told me to bring them a bottle of BV Cabernet Sauvignon with two glasses. I got the wine, returned within three minutes and opened it. He tried it, nodded his head and I turned and walked away. I grabbed a few dirty dishes and walked past Alan, who was delivering the two filets.

“She’s having the filet with the Fredo,” I told him.

“Have you seen her yet, that chick on 79?” he asked. “What a fucking knockout! I delivered the apps and made sure I took them their salads. She’s an absolute ten plus plus.”

Good old Alan. He was one of the Orlando’s best surfers, and his opinion on women carried much weight. Also, when he could, he sneaked away from his girlfriend and was one of those guys who consistently went home with strippers.

I was determined to drop off those dirty dishes and get a look at this girl. After I dropped off the dishes the MOD (Manager on Duty) called me over.

“Michael, in future, I would very much appreciate it if you didn’t take a smoke break during the dinner rush without asking me first. There are so many things to do right now, you could sweep your station, engage in conversation with your guests, run food or drinks,” he said.

He made his point and I grabbed some food (there was no way I could leave his kitchen without something) and took it to a table on the opposite side of the restaurant from my station. That table needed some butter, which I fetched, and a round of drinks. I tracked down their server for the drinks in the kitchen, which took an eternity of three minutes, and finally went back to my station.

Alan came into the kitchen just as I was leaving, and he looked at me and smiled the widest smile I’d ever seen him give. I bee-lined for table 79. I arrived just in time to see Guido getting some napkins being handed him from an adjacent table in order to clean up as much of the red wine that was on his shirt and pants. 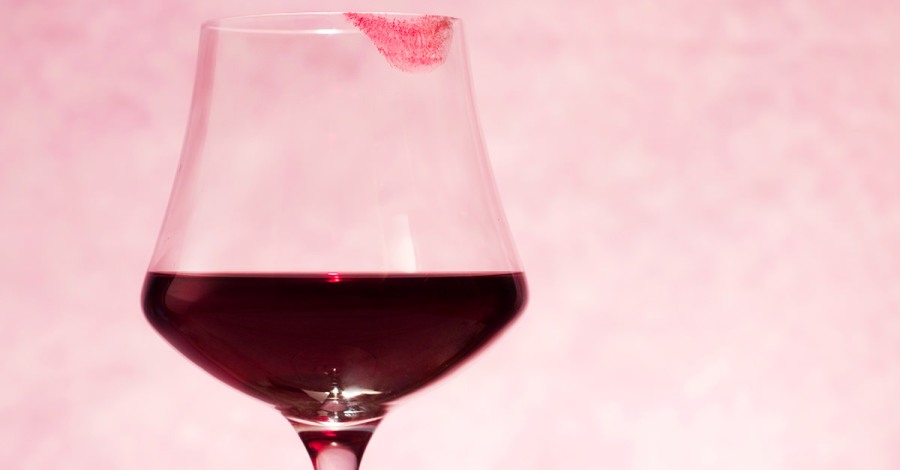 His glass was still full, hers was empty, though there was the ubiquitous red lip stick again. From the height of the stain on his shirt one could deduce that it had been thrown at him. He calmly asked for a few to-go boxes for the food, a cheesecake-also to-go, and the check, which he paid quickly and quietly with a stack of brand new twenty-dollar bills. He tipped me about 40% on a bill of $75, but I never did get to see his date. When Alan found out, he harped on about her for weeks.