Late in the 19th century, to combat Bismarck’s protectionist “Rye and Iron” tariffs, Great Britain forced all products sold in the UK to be labelled with their country of origin. The words “Made in Germany” were born. It was intended in the late 1800s and early 1900s to dissuade Brits from buying inferior products and to buy better quality goods produced in the UK.

By the 1970s this had backfired, as “Made in Germany” had become synonymous with high quality, efficiency and honesty. But is this still true today, especially when looking at German public works mega-projects? Many recent projects have become something akin to Greek tragedies of Aeschylus, Sophocles, and Euripides.

There are cracks in the façade of the edifice of Made in Germany, and they are starting to show. The main problem, and it permeates itself in much of what these wonderful people do, is they seem unable to refrain from complicating the mundane, to use six bricks or words when six thousand will do. 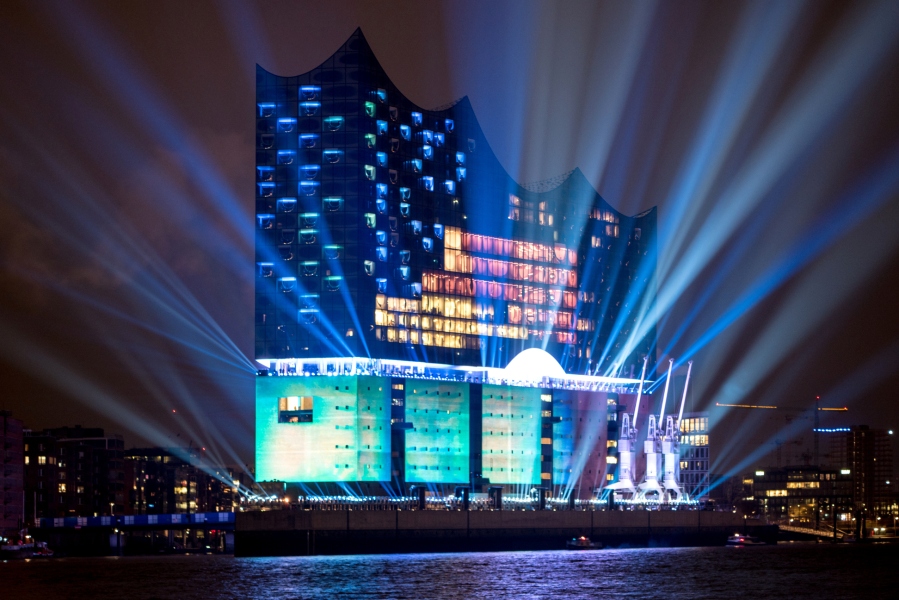 Early in 2017, the long-awaited Elbphilharmonie, or Elphi, finally anchored in Hamburg, after sailing on a six year journey similar to Odysseus’s, full of lost time and coin, but also full of adventure. Wandering the sea for over six years, and almost 300% over budget, the music hall was christened on 17 January 2017. Though the hall, in the shape of a ship arrived, finally, much like Odysseus, it came with a cargo of much unplanned and un-budgeted time and money, as if caught in the whirlpools of Charybdis adrift in a sea of bad or dishonest planning and execution, before its opening.

In its defense, now complete, it is arguably the greatest building to listen to music in the world. Aesthetically, it rivals Sydney’s Opera House. Time and money build greatness.

If time and money are the two most important factors, Berlin’s boondoggle will be the greatest airport in the history of the Milky Way. Scheduled to open in 2011, 2012, 2013 (twice), and 2017, it has had more delays than Munich’s S-bahn trains on the first rain of spring, the first leaves of autumn, or the first snow of winter. It is scheduled to be opened in 2020. Right. I have some swampland in Florida if you are interested.

The original budget was around €2.8billion when planned in 2006, it is now €5billion over budget and counting. Horrible planning, worse execution, and even accusations of corruption have riddled the project. You can however, take a bike tour of the airport, but you must provide your own bike.

Perhaps, Sophocles said it best through the Chorus of Oedipus at Colonus, “Not to be born is best / when all is reckoned in, but once a man has seen the light / the next best thing, by far, is to go back / where he came from.”

Many Germans agree that the whole project should be scrapped, and begun anew.

These cost overruns and missed deadlines are not limited to the Prussians of the north (for Bavarians anything north of the White Sausage Equator is Prussian), the southern tribe of Swabians have their own superfluous scheme, to build a train station so that trains can pass through Stuttgart without having to stop and turn around. The station plan is called Stuttgart 21, and is already two years for sure and probably six years behind schedule, and €3.1billion over budget as of now. If you know Swabians, being over budget is their Achilles Heel; they simply look at everything through the lens of money.

Had Berlin opened their airport and Stuttgart their train station on-time, they would have been the best in the world. Now, by the time they open they might be in the top 10, but it is doubtful as Asian and oil-rich countries continue to build their infrastructure at breakneck pace. Perhaps the Germans should get back to their old way of quality, on-time, and within budget.

The Germans have been flying too close to the sun like Icarus. There is no need to have fancy, leave that to the sheikhs and communists. The Germans build high-performance, solid, and reliable products. It is more than good enough. As Aristophanes said, “Let each man exercise the art he knows.”