If you travel by train or car in Germany for any distance, a few aspects of Germanness are inescapable. They all share similar ideas of orderliness, tidiness, and structure. Other pillars of Germanness, especially in the workplace, include punctuality, productivity, and thoroughness. These are the things that unite them, a sort of common consciousness,  a Teutonic core.

But there are great divides and differences between Germans. These fault lines are often geographic in nature. Surely it would seem that the East Germans, separated for decades by a physical wall of concrete and steel, would contrast immensely with the Western Germans. And, in fact they do. There is also a mental wall that has been even harder to overcome.

Many an Ossi has struggled mightily to come to terms with ideas of deadlines, competition and overall productivity, which come easier to those Germans who recovered from World War II in American, French or British Zones of occupation. Communism’s inferior business model, coupled with an overzealous and EXTREMELY well-organized secret police, the Stasi, adds to many East Germans distrust and narrower world view.

All of this comes a little surprise. What is a bigger surprise, and which can only be discovered after spending some time in Germany, is the polarity between Northern and Southern Germany. That is the greater divide.

When I travel back to Florida to visit my family and friends, someone somewhere invariably asks me, “Why do you live in Europe? And of all places, why do you live in Germany? France, sure, Italy great, but Germany?”

My patent response is “I live neither in Europe nor Germany. I live in Bavaria.”

Bavarians are not really Germans, but more like the Austrians or the Schwaben (think Stuttgart). Or the Austrians and Schwaben are like the Bavarians, and neither are Germans. Yes, they speak dialects of the same language, the similarities are fewer after that. It’s like trying to tell an Scotsman he’s a Brit, or a Texan he’s an American.

A brief history of the land that is now called Germany

For nearly 500 years, Germany served as a (the) battlefield of Europe. Sandwiched between the stronger powers (empires) of France, Russia or the Austro-Hungarian conglomerate, Germany became a sort of jetty that dispersed the waves of desire of its neighbors by providing a complicated group of territories whose rulers were often at war or in allegiance with each other. All of this changed, and was bound to change the face of Europe dramatically, with the rise to power of Otto von Bismarck.

When Germany united, through Bismarck’s masterful abilities, some great timing and luck, it immediately proved too strong for Denmark, the Austro-Hungarian Empire, France, and eventually Russia. Only Great Britain could compete and contain the new industrial and military behemoth. Germany’s ability to produce, organize and analyze was beyond comparison with other major countries then, and is still so today. This has caused a plethora of problems for Germany-and her neighbors. It caused them then as it causes them now. Germany is, and has always been, the question of Europe. It is still so today.

After a few embellishments, or half-truths (lies), Bismarck was able to unite the peoples who shared a common language-German-under a banner that would one day at different points terrorize, amaze and astound the rest of the globe.

Germany will continue to do so, though one hopes that their darkest days of the Third Reich are behind them. Many in Europe are not so sure, though it’s hard to determine if it’s politics being played or authentic fear. The quicker the rest of Europe (and the world) can resign themselves to (or rejoice) the fact that a reunified Germany is a world player, the better off it will be.

Southern Germany, Austria and Switzerland would be a formidable economic union

But how unified is Germany? Are there still many obstacles to overcome before they can truly take their place upon the Pantheon of Nations as their robust economy demands?

From east to west in Germany, the differences are stark and clear. Certainly those Germans residing near the border with Poland can’t be very similar to those Germans abutted against France. And they are not. But they are both more German than the Bavarians, those strange, independent and wonderfully quirky Bavarians, who queerly and surely seem to share few of the qualities of their more northern kindred.

Americans think of sausages, beer, Audi, BMW, Schweinebraten and Knödel (roast pork and dumplings), Munich, beer gardens, Neuschwanstein (Cinderella’s Castle), Mozart, Einstein, the Romantic Road, the Alps, Mercedes, Nuremberg Parade Grounds, Nazism, FC Bayern, etc., when they hear the word Germany. Most of these first thoughts are either mostly Bavarian or completely Bavarian! Not German! Thyssenkrupp, E.ON, Ruhrgebiet, Currywurst, cabaret, Reeperbahn, Berlin, Hamburg, Dortmund, and the close proximity to one another of more than 25% of the total German population in North-Rhineland Westphalia, that is Germany!

In Bavaria’s sort of sleepy capital, Munich, closes at about 11pm every night. Goths are really strange. Many people still listen to Oom Pah-pah music in Bavaria, or a more modern version led by Helene Fischer. Pretzels are everywhere. Wagner’s music confounds, excites and is controversial. It’s played regularly. Festivals of planting, harvesting and moon phases abound and held weekly in Summer. A few extra kilos on the frame is still considered attractive-and normal. Bavarians drive south for fun-many have never been to Berlin or any other more northern German city.

If anyone wants to see a real German city, send them to Hamburg. Or Cologne. Berlin is in the midst of major transitions, it needs a few years. Maybe Dortmund, or Düsseldorf, or Hannover, those cities are real German. 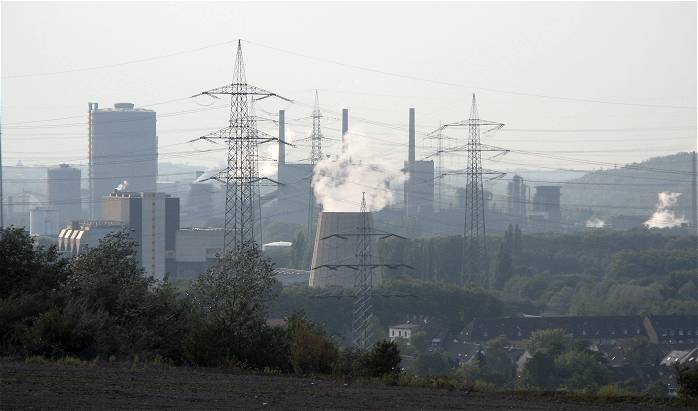 Germans have an edge, a strong affinity for industry, gray, rain and melancholy. Germans like hard rock, a bit of graffiti, wayward souls sleeping in the streets. Germans are accustomed to a bit of broken glass. Bavarians want (and have) little of that. Only the Swiss can call the Bavarians untidy. Germans eat more than pork and the trimmings-Bavarians can survive on only pigs and potatoes. Germans drink beer with strange names like Kolsch or Altbier, Bavarians drink the champagne of beers-lager, less bitter. Bavarian beer comes in big mugs, not flute glasses. Germans drink at night, Bavarians might have a beer for breakfast. Young Bavarians go to bed before midnight; Germans are in the shower preparing for the night’s festivities.

For many years Germans were united in their basic political desires, win the Cold War (another war fought almost entirely over the idea of what to do with Germany), the World Cup and dominate Formula One. Now that they have them won, they are beginning to divide on ideas about the EU, integration, etc. Many Bavarians wouldn’t mind a separate country. The possibility of a chancellor for all of Germany being Bavarian is slim. Not impossible, but very slim.

If one is to get the EU’s support, it must be able to win the support of Germans (and Bavarians) from north to south. This is a more difficult task than winning that support from east to west. The Berlin Wall may be no more, but there still exists one that runs from east to west. But, regardless of the geographical location of native German speakers in Germany, one thing is certain. They all make jokes about the Austrians.

So maybe a recent report of a union of Austria, Switzerland, Bavaria and its neighbor to the west, Baden-Württemberg, was simply a silly season (Sommerloch) story, to tide us over till school starts. School does start later in Bavaria than the rest of Germany. Oh, Bavaria has more bank holidays than the rest of Europe. Go figure.

5 thoughts on “Germany Still Has a Wall that Divides”