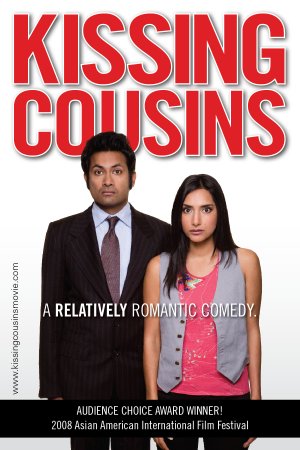 In biblical times Abraham was married to a woman, Sarah, whose father was his. In the Greek writer Sophocles’s tragedy, Oedipus the King, the title character fulfilled the prophecy of killing his father and married his mother though he attempted to do everything he could to stop it. More recently, incest has always been a taboo though many cultures still practice it today.

Germany is a land where nudity is worshipped, and sex for money legal

From nudist areas at nearly every public lake (complete with a naked grill zone) to certified prostitutes who pay taxes and contribute to the pension system, Germany has always been a bastion of free liberal thinking when it comes to human sexuality. Who a particular politician is sleeping with at the moment has little significance beyond the pages of its daily newspaper of Die Bild, Germany’s largest tabloid newspaper, and very little bearing on elections. Die Bild also has a nude girl on page one (since moved to the back). English Garden also has a nudist area, not somewhere in the hinterland either, but right at the place where anyone who is walking from the old city to the central hub of the park is confronted with it. Homosexuality, though not fully embraced by the whole population, is more or less an afterthought for most. Magazine covers with nude girls stare out from the display glass of local kiosks. Many TV stations after midnight are transformed into soft porn channels, complete with full frontal nudity, for an appreciating public. All of this only leads to a larger sense of contradiction and confusion in juxtaposition to Germany’s laws banning incest.

A few years ago Patrick S., from Leipzig, was charged, convicted and punished for his incestuous relationship with his sister Susan K. They have had four children together, two of whom have some mental disabilities. Susan was not punished because the court felt she also had some development issues and her emotional makeup was not completely mature. Patrick appealed to the European Court of Human Rights (ECHR) arguing that his basic rights were violated and that Germany should not have been allowed to punish two consenting adults for their sexual activities. But the ECHR ruled that Germany could punish them for incest, and that Germany’s laws against incest were also permissible.

But the reasoning behind the decision by the court has perhaps asked more questions than it has answered. The ECHR ruled that the main basis of punishment for an incestuous relationship was “the protection of marriage and family,” and because it blurs family roles. It also stated that incest carries “the risk of significant damage” to children born of such a relationship. Patrick’s attorneys argued that children born to mothers in their late forties or fifties also had significant risk. The ECHR disagreed.

Mothers who choose to use fertility drugs and allow multiple births, like the “Octomom” who had octuplets, also have very high risks involved. Women who drink vodka from the bottle and chase it down with cans of Red Bull, only to be interrupted by smoking cigarettes, are also at an extremely high risk for their unborn fetuses. Should these activities be made illegal too?

In Germany, same-sex partners are not permitted to adopt children. So the ECHR’s allowance of punishment for ‘blurring’ the roles of a mother and father is a legitimate reason, if the case were about homosexuality and not incest. It is irrelevant in this case.

Many developed countries have no laws banning incest, though often they are not allowed to marry. These include France, Japan, The Netherlands, Spain, Portugal, Finland and Brazil to name a few. The countries which do have strict laws forbidding incestuous relationships tend to be former countries of the British Commonwealth like Canada and Australia, and include the USA. Germany’s law on incest is quite peculiar. If a woman would like to be artificially inseminated by the sperm of a lineal relative, i.e. by a brother or her father, this is allowed. But if she becomes pregnant through coitus (sexual intercourse), this is outlawed.

The law is actually a law against sex between two consenting adults. Incest is not banned for the safety of the possible progeny, but is a kind of legislation on what happens within the bedroom. So the ECHR’s rationale for siding with Germany that incest creates “the risk of significant damage” to the offspring seems to be illogical when looking at the actual German law. One has to wonder if there are some other agenda or agreement with the still powerful Catholic Church. Few Germans think that this law should be changed (though the numbers are increasing) and be put more in line with the prevailing attitudes on nudity, sex and tolerance. Most politicians would agree.

Recently, there has been a renewed push to put Germany’s laws more in-line with the rest of the EU. Don’t bet on it.

One thought on “Germany’s Law Banning Incest May Be Changed, or not.”